skip to main | skip to sidebar

Boy oh boy have I been gone for a long time!

Happy happy new year, I have been gone too long, reflecting  ( another word for moping ) on my lack of drive due to exhaustion. Doctors had seemed dumbfounded and until a few days ago I was at a loss. I believe it is a vitamin B12 deficiency as since I have been on a high dose I feel energised and have tired myself out in a normal way doing so much more.

So here I am back again, I was hoping to include some recent photos of my animal gang alas I can not find my cable for my camera. I will find it soon and send some soon. I will include a pic of Sherridan when she was here late October.

What stirred me to post today is that I have my chook pen all planned using an old dairy shed, I had thought to use an area near the house but I would have had to build a shed too. I am quite excited about it as a friend up here is going to assist. 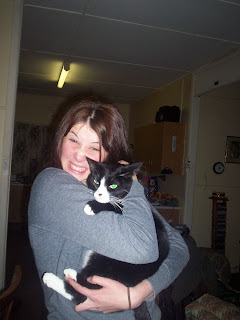 Hello from the furry gang!!!

Yes it has been a while since I posted a blog. Just thought I would share a pic of a very brave Spider with the dogs the other day.

Boyd has been adopted by my mum and he is staying with us for four weeks while my mum is overseas visiting her parents. 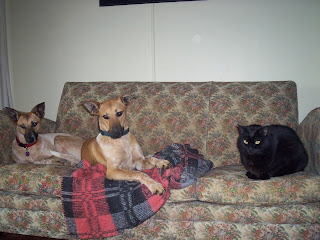 How my life is changing. 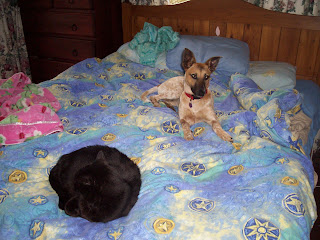 Yes  we kinda get on these days, Miranda is not supposed to be one the bed. It is a cat only zone.
Hi folks,
I rescued a dog ( an american Staffy called Misty) last month and went around trying to find her owner. My my it is a small world sometimes, turns out the dogs owner was Paul whose dad` used to own Doc my friends horse. Doc is back here again for a few weeks having a break from Moonlight and her son Storm.

Well we are seeing each other now and Misty and Miranda socialise daily, in fact Misty and Miranda are on the lounge together now while her dad`is off on an errand in town. What a bonus to be seeing a chef and of whom my mum approves ( he cooked dinner last night and went to special trouble to make sure a curry was not too hot for her). 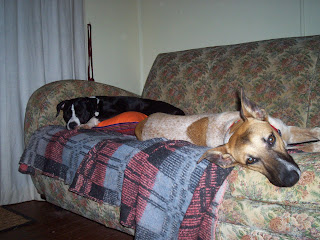 Hi there,
All is powering along here, Miranda and Boyd are officially twice their weight of when we decided to adopt each other.

They go swimming every day when I am home at midday while I do revegetation work in the creek areas, they help me digging in the garden.

Spider and Smudge are well, the sun that streams into the house and had a wander outside accidently. They came when called thank goodness.

I am driving to Canberra this weekend, picking up some of my stuff, visiting friends and testing out the new car in cruise control!!!

Miranda and Boyd are staying with my mum and Spider and Smudge are being cared for by two wonderful ladies who are staying up here in paradise for a while housesitting for another friend of mine.
Posted by Kas 4 comments:

We all wanted to say thankyou for all the lovely advice from you great cat bloggers.

Lucky will be better off with all that wonderful help.

Will have to keep you posted on his progress. 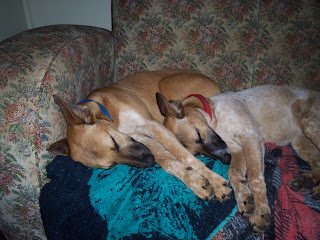 Yes I have been away from blogging for a bit but felt I needed a break. It's raining cats and dogs here, we have had 150mm since yesterday afternoon.
Just took Miranda and Boyd out for a quick run in between showers outside. They take turns on the lounge inside as its rare they are as settled as in photo below. 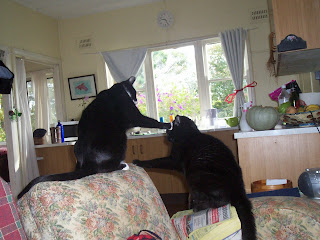 Spider and Smudge are well and this is when I caught them doing a bit of head patting before a major wrestle session. 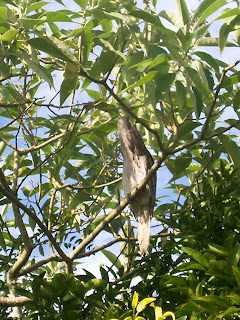 This is a Tawny Frogmouth in a tree just near my verandah, often mistaken foir Owls they are actually members of the Nightjar family. 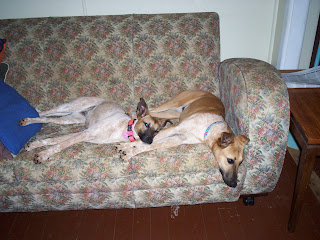 A rare settled shot of the dogs both inside. 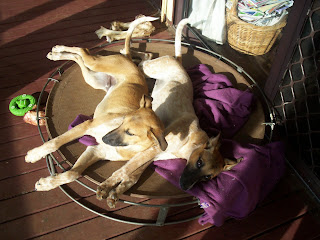 Another rarity at the moment, sun!!!!!

So yes I have it warm and snug inside, due to a wood burning stove and am on a tidying spree inside and making lists for my brother to help me with when he comes over from Thailand.
His cat has Feline Leukemia, has anyone sucessfully treated a cat, particulary with natural remedies??? I have found some internet info but to hear from you guys would be well recieved.
Posted by Kas 171 comments:

I have been getting some hints, nudges etc from a higher power. Some may say angels, as is the way I feel. The repetition seems to be centered around writing, that is finishing my stories. I have put it off, most common excuse is I am not in the right place both mentally and physically.

My goal is to find that right place, I am gonna try under the giant gum tree where the horses hang out. Yesterday I was there saying hello to my furry equine friends and it felt magical.

Before all that I need to show my tree dahlias and Spider this morning. 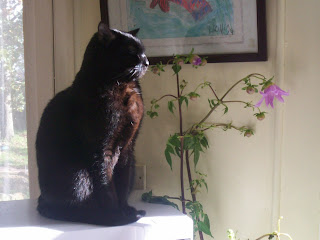 Our Award from Huffle Mawson 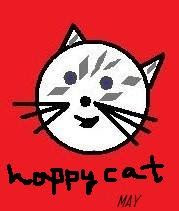 Our Award from Brians Home 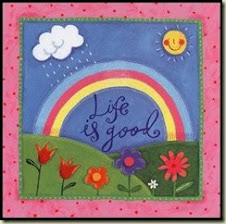 The award I recieved from Melody at Melody's Katz 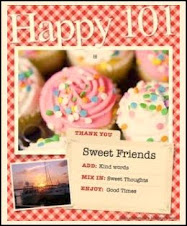 Cats can co-exist contently indoors as long as their pet human is creative.

A blog that provides a glimpse into the lives of two house cats and their pet human (budding author Kara) , proof indeed that cats can be amused and happy inside. Two are better than one.

My award from Leanne at Deep fried fruit 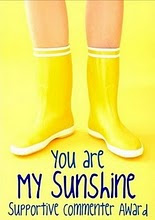 Click on this award to view Leannes great blog!!

Kas
My dream is to have my own animal sanctuary here in Australia.